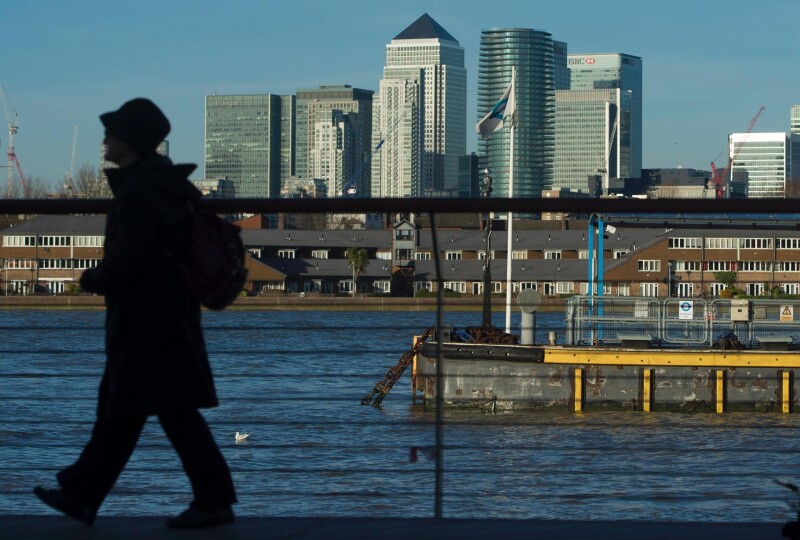 A woman walks in front of London's financial district Canary Wharf in London, Britain.
Financial Times / George Parker
19.12.2016 16:05 UPPDATERAD 19.12.2016 16:38
British chancellor Philip Hammond said this month that he wanted to discuss an interim deal “early on in the negotiations” to reassure the City of London that there would be no regulatory cliff-edge in March 2019, the date set for Britain’s exit from the union.
But the first priority of Michel Barnier, chief EU negotiator, is to sort out the terms of the divorce. This means Britain must offer assurances on issues such as the rights of EU expats and paying an exit bill of up to €60bn before a deal on a “soft landing” is possible.
Senior EU diplomats admit the timetable also reflects a cold calculation of interests: delaying agreement on a transition would spur companies to move some of their business to the EU to cope with the danger of a hard exit.
British officials fear Brussels may hold out so long for a transitional deal that many banks would have already taken crucial decisions to leave the UK.
– Companies need legal certainty, said one senior EU diplomat involved in the talks. The moves will happen. Banks will begin to make arrangements.

That process has already started with Lloyd’s of London, the 328-year-old insurance market, becoming the first major City business to put a timetable on plans to move a part of its operations to the EU in preparation for Brexit.
Last week a group of Japanese financial institutions told the British government they would begin moving functions from London within six months unless they received clarity on the UK’s future relationship with the EU. A large US bank has also said that most institutions are planning for the “worst case outcome” - where the UK loses access to Europe’s single market.
Anthony Browne, head of the British Bankers’ Association, said in October: “The hands are quivering over the relocate button. Many smaller banks plan to start relocations before Christmas; bigger banks are expected to start in the first quarter of next year.”
Mario Draghi, European Central Bank president, last week repeated his assessment that Britain would “first and foremost” bear the economic pain of Brexit, according to diplomats.
Copyright The Financial Times Limited 2016