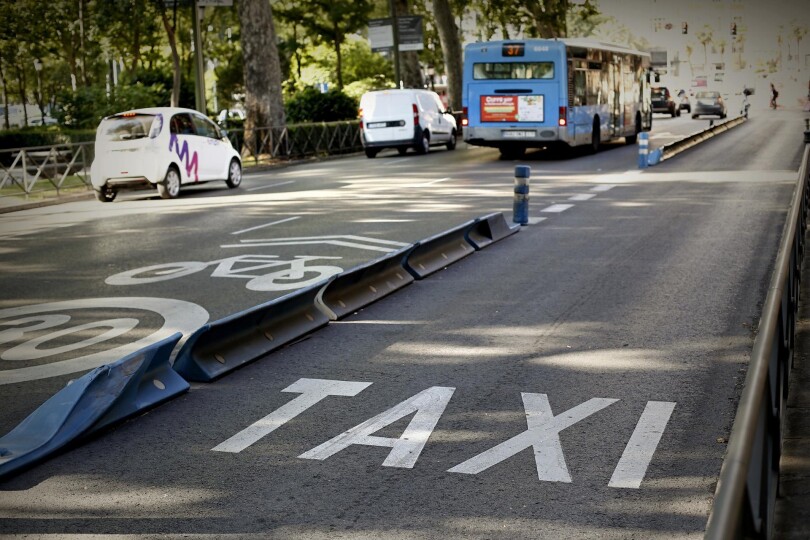 Financial TImes / Leslie Hook / Tim Bradshaw
01.06.2017 10:31 UPPDATERAD 01.06.2017 16:48
The San Francisco-based company also reported steep losses, which grew to $708m in the first quarter, up more than a third from the same period a year ago, and the departure of its finance head, Gautam Gupta.
The company has been rocked by a string of scandals in recent months and the departure of nearly a dozen senior executives. Uber's continued revenue growth has been a bright spot, however, with revenues surging to $3.4bn in the first quarter, compared with $960m a year ago.
Last year, the company made around $6.5bn in revenues, with adjusted losses of around $2.8bn, excluding stock-based compensation, interest and tax.
Those figures measure revenue by generally accepted accounting principles, which means counting the full fare for shared UberPool rides as revenue.
Uber's non-GAAP revenue, which measures the company's cut of the fares for all rides, is far lower at $1.5bn for the first quarter of the year.

The search for a chief financial officer at Uber coincides with the company's search for a chief operating officer, and could signal a fresh start for Uber's leadership after a time of turmoil. Earlier this year chief executive Travis Kalanick said he needed to "grow up" and get help to be a better leader, including bringing in a chief operating officer as a "partner".
The departure of Mr Gupta, a former Goldman Sachs banker who was Uber's head of finance, comes just a day after Uber fired one of the top engineers working on its autonomous vehicles, Anthony Levandowski.
The chief financial officer position has been vacant at Uber since 2015. In an email to staff that was seen by the Financial Times, Mr Gupta says he is planning to move to another start-up in a different sector.
"As I leave, Uber will begin the search for a CFO to lead the finance team. This role is critical to writing the next chapter at Uber," he wrote.
Uber's bookkeeping and pricing practices have come under scrutiny in recent weeks, as Uber announced a refund of tens of millions of dollars to drivers in New York earlier this month, which it said was due to a calculation error.
Possible IPO
The company, which is the most valuable private tech firm in the world, has recently begun to disclose its quarterly results, a highly unusual step. Uber has been silent about any plans for an initial public offering, however, and investors have privately voiced concerns that Mr Kalanick may not be suitable to lead the company through an IPO.
In the first quarter of this year, Uber's losses narrowed on a consecutive basis, falling from $991m in the fourth quarter of last year.
Despite its ferocious rate of cash consumption as it invests in new ventures such as self-driving cars as well as promotions to gain market share from rivals such as Lyft, Uber was still left with some $7.2bn in cash on hand at the end of the quarter.
A report led by former US attorney-general Eric Holder looking into allegations of discrimination against female employees and other workplace problems is due to present its findings to a board subcommittee by Thursday, and is expected to be published next week.
Copyright The Financial Times Limited 2017