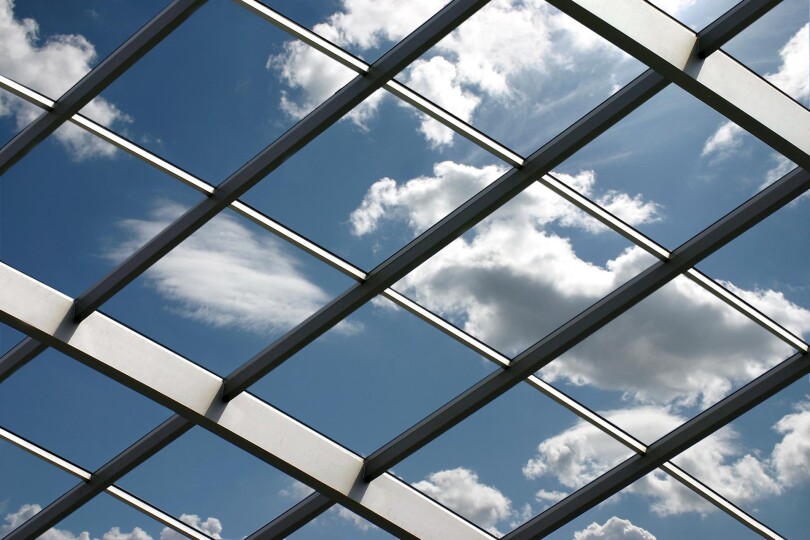 SOM ETT GLASHUS. De engelskspråkiga samhällenas styrka och svaghet är den språkliga transparensen. Tack vare lingua franca-statusen förstår fienden allt som sägs medan det engelsktalande samhället inte alls har lika stor insyn i andra länder och kulturer. "Det är som att vara i ett glashus – helt transparent", skriver Simon Kuper för FT.
Financial Times / Simon Kuper
12.01.2017 10:07 UPPDATERAD 12.01.2017 14:35
Let's zoom out from the Russian hacking of the American election. More broadly, hacking means extracting someone else's information or inserting the hackers' own information. English-speaking countries are particularly easy to hack because their enemies understand what they are saying. Being an English-speaking society is like living in a glass house: it makes you transparent. Conversely, foreign countries are opaque to mostly monolingual Britons and Americans. Foreigners know us much better than we know them. This asymmetry probably helped Russia get its favoured candidate into the White House, and it will handicap Britain in the Brexit negotiations.
The role of English has been changing fast. Until the 1990s Russia and China didn't know much about what went on in western societies. Most Russian and Chinese anglophones had been killed or exiled after the communist revolutions, and were never replaced. Even the KGB was short of English-speakers: much of the intelligence sent to Moscow by British spies Kim Philby and Guy Burgess was never translated.
But from the mid-1980s, the opening of China, the fall of the Berlin Wall and the coming of the internet all boosted English. Chinese and Russian elites sent their children to study in the US and UK. From 1990 through to about 2010, British and American media and films gained unprecedented global influence.

In this period, the asymmetry of knowledge between English-speaking countries and their rivals became extreme. "There are now several million Russian citizens who are essentially bilingual and intimately acquainted with anglo societies," says Ricardo Soares de Oliveira, political scientist at Oxford university. By contrast, most anglos stopped bothering to learn foreign languages.
This first became a problem after September 11. The US and UK found the Arab world opaque. John Nixon, the CIA's expert on Saddam Hussein, couldn't interrogate him in Arabic. Nixon recounts in his new memoir Debriefing the President that, during the interrogations, the CIA's interpreter would quarrel with the military interpreter: "No, that's not what he said!" A watching Saddam cunningly took advantage, bonding with the military interpreter.
Just as English let down the anglophone powers in Iraq, so did their other traditional weapon of influence: warfare. They have given up on invasions. The US now spends $597bn a year on its military and still can't stop Russian adventuring.

The new weapon is cyber warfare, but it works best for the US's enemies. Hacking foreign files is worthwhile only if you can use the information. Russia and China have lots of well-informed people who can sift English documents looking for intelligence, says Adam Segal, author of The Hacked World Order. If they find anything embarrassing, they can disseminate it through English-language social media or the useful idiots of WikiLeaks. American media can then be relied on to amplify the story. Alternatively, foreigners can simply make up fake news in English.
"It's harder to do it in the other direction," says Segal. The US lacks linguists who understand which foreign information matters most. Nor can it easily send the information back to ordinary Russians and Chinese, as China, in particular, censors the internet. The west's old practice of "democracy promotion" has been superseded by the east's "autocracy promotion", says Soares de Oliveira. English-language newspapers and the once mighty BBC now face millions of new competitors on social media.
Britain has its own problems with English. Its twin centres of political power, Westminster and the tabloid newspapers, are almost entirely monolingual. Brits therefore voted for Brexit blithely unaware of how other European countries would respond. The Brexiter fantasy broadly went like this: "We'll stop immigration, keep free trade with Europe, and sign whizzo new trade deals with everybody else."
Britain does have a coterie of multilingual experts (mostly diplomats) who knew this wouldn't fly. But precisely because these people understand European thinking, they are distrusted by Westminster and the tabloids. A case in point is last week's resignation of Sir Ivan Rogers, the UK's permanent representative to the European Union.

Just as Donald Trump's people have ignored the US state department, the UK's Foreign Office - the one bit of the British state packed with foreign knowledge - has been sidelined ahead of the Brexit negotiations. Instead, the new department for exiting the EU will lead. Its boss, David Davis, is the man who said the Germans would give the UK a good deal because they sell cars in Britain. "The British political class is astonishingly ignorant of the EU, whether they are pro it or against," says Charles Grant of the Centre for European Reform.
The European principals in the Brexit talks understand Britain rather better. Grant continues: "They do watch the BBC, they can read English, they do read tweets of what the Daily Mail is saying." Even Angela Merkel, schooled in East Germany, taught herself English by reading the communist Morning Star newspaper.
The US has just been outsmarted by foreigners it didn't understand. Britain may be next.
Copyright The Financial Times Limited 2017