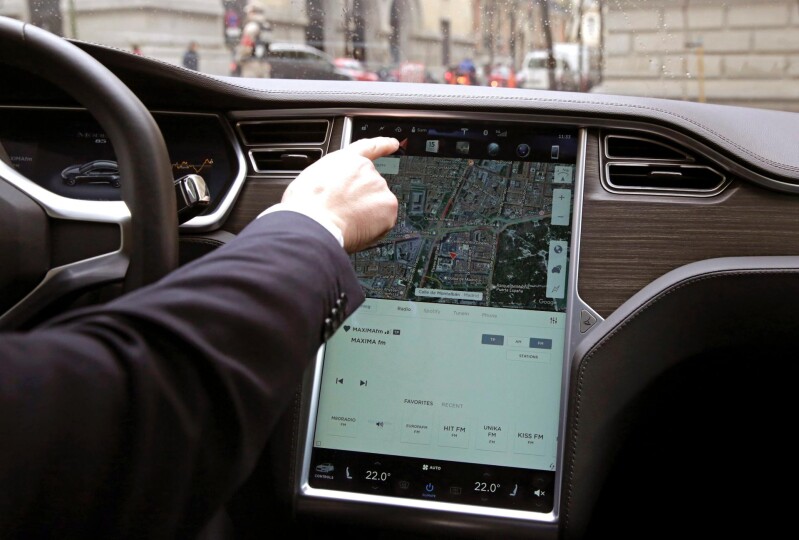 View of the dashboard of a Uber's luxury electric vehicles during its presentation in Madrid, Spain.
Financial Times / Richard Waters
21.12.2016 17:30
However, the latest numbers also pointed to an underlying improvement since Uber threw in the towel in its expensive battle for market share with Didi Chuxing in China.
That retreat has relieved Uber of the losses from subsidising rides in China and enabled it to book a net profit, thanks to the value of the Didi stake it has assumed - though it has also meant giving up on the huge growth potential from the world's biggest ride-hailing market.
The third-quarter figures, first reported by tech news site The Information, show that Uber still faces steep losses even after pulling back from China. After the first quarter of the year the San Francisco-based company boasted of hitting a milestone as its operations turned cashflow-positive in developed markets, comprising the US, Canada, Europe, Australia and New Zealand. However, it fell back into cashflow losses after that as the battle with Lyft intensified.

Uber has also ramped up spending on new technology and other initiatives, adding to the red ink. These have included launching its first experimental self-driving car service, in the US city of Pittsburgh, as well as investing in a mapping service to rival Google Maps and expanding its food delivery service UberEats.
The third-quarter loss, though an increase from under $600m in the first three months of the year, was still smaller than what the company incurred during the second quarter, according to the person familiar with its numbers, thanks to its withdrawal from China. At the same time, according to the person, net revenue - the amount of money Uber keeps from all the fares paid by riders - has continued to rise strongly, reaching $1.7bn from around $1bn in the first quarter.
Uber's break with its past practice earlier this year as it announced the move into cashflow profitability in its more mature markets was seen as a sign that it was entering a new phase where its earlier race for growth would start to pay off.
The third-quarter figures, on the other hand, show that competition for market share remains fierce and the company is still a long way from sustained profitability, even after ending its biggest loss-making operation, in China.
Copyright The Financial Times Limited 2016